How to make the most of an InstaMeet

If you’re a first-time InstaMeet-er, there’s no need to be afraid. We’ve asked Timelapse Photographer and prominent Instagrammer Matthew Vandeputte  (@matjoez) all the hard questions. Matthew will be joining us at the Hunter InstaMeet on 18 October but before the big day, digest Matt’s top 10 tips about how to make the most of an InstaMeet. 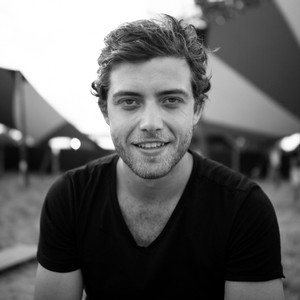 An InstaMeet is designed to be a dynamic gathering of like-minded photographers, so introduce yourself to others and don’t be afraid to ask for help – it’s a great way to learn new tips and be inspired by others with loads of experience.

Bigger is not better. You don’t necessarily need a professional camera to get involved in an InstaMeet. These days, phone cameras are of such high quality that their results are often up there with the big guys. (Take a look at the #phoneonly hashtag to see what I’m talking about!) There’s merit to taking photos on a good digital SLR or other professional camera, then uploading them after the event. And some whiz-bang cameras now offer WIFI integration so you can sync your photos from your camera with your phone to post instantly.

The key to achieving good photography is good light. Sunrise or sunset is usually better than midday. Sometimes it’s worth getting up early to capture the best light for your shot. You can always post images later, throughout the day.

The addition of a human element in your photo will always make it more engaging, as people can relate to an image that includes someone like them.

Instagram is fast. People rarely stop to smell the roses on this platform, so don’t overthink your photos or make them too complicated. Less is more.

Take your camera high or low – the ‘eye level’ angle has been done to death and the results can be boring. Show people new perspectives by putting your camera in different positions and capturing new angles.

When framing people, don’t put their heads in the centre of the frame. Try pointing the camera down a bit, and place their head on the 'two-thirds line’. They call this the golden ratio (rule of thirds) and lots of successful photographers use it to add interest to their photos.

Consider adding props to bring more interest to your photos, such as colourful umbrellas, bright balloons, scarves, kitchen utensils, and interesting shapes. Props can add depth and interest to the photos so they tell a more effective story.

Hashtags are your golden ticket to discovery on Instagram, so don’t forget to include them with your posts. And make them relevant! Hashtags like #myhuntersecret work well for Hunter Valley posts, for example. And there’s no need to hashtag every single word in the description.

Instagram is only as good as the feedback each post receives. So be sure to comment and interact with other users. It’s the lifeblood of the platform. Giving feedback is also a great way to build your own following and become familiar with people who share similar passions.