The Hunter Valley is one of Australia’s oldest and most well-known wine regions. It’s renowned in our country but it’s also acknowledged as one of our top wine regions internationally. The first vineyards were planted in the early 19th century, and since then a swath of great local heroes have put our humble region on the global wine map.

Since 2007, the local community celebrates its winemakers and tourism industry stalwarts at the annual Hunter Valley Legends and Wine Industry Awards. On this fun night, the outstanding achievements of the community are recognised in awards that range from Winemaker and Viticulturist of the Year to Cellar Door and Rising Star of the Year.

But the most celebrated award of the night is the Hunter Valley Wine Industry Living Legend. According to the award organisers:

This years winner was Ian Tinkler who has been growing grapes and producing premium quality wines on his Pokolbin family properties for more than 35 years. 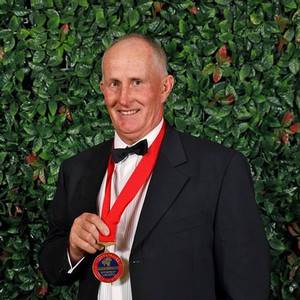 In 2013, it was Ian Scarborough’s turn to receive this award. Winners are voted for by previous winners of the Living Legend award and the award is widely acknowledged as one of the most prestigious titles with which to be bestowed.